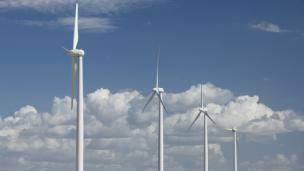 US electric giant GE has expanded its Brazilian wind turbine manufacturing facility at Campinas, Sao Paulo. The GE facility will now produce nacelles for the company’s 1.7 100 and 1.85 82.5 wind turbines, in addition to continuing in developing wind turbine hubs.

Jean-Claude Robert, general manager of Latin America for GE’s renewable energy business, said: “Wind energy is one of Brazil’s fastest growing energy sources. Last year the country added 1077MW of wind to the grid, 40 per cent of which were GE installations. The Campinas facility expansion will enable GE to continue to provide high-quality wind technology, while enabling our customers to have access to Brazil’s BNDES financing lines.”

GE is also opening two other wind service centres in Brazil in the states of Bahia and Rio Grande do Norte.

The news from GE continues Brazil’s rise as a prominent wind power developer, with more western firms choosing to move into the Brazilian wind market. This includes Spanish power firm Acciona, which announced it will build a second wind plant specialised in manufacturing turbines in Bahia state this week. GE also announced it has installed its 500th wind turbine in Brazil at the 38MW Eurus project in João Camara, Rio Grande do Norte.

Speaking about the  achievement, Robert said: “Installing our 500th wind turbine in Brazil is a significant milestone and further deepens the relationship our company has built with this country.”

GE has been focussed on enhancing and developing its wind power technology over  the last year. The company completed  trials on ‘’breakthrough’’ superconducting tech for next generation of wind turbines in April. It also announced  the development of ’’40% cheaper’’ turbine blades  in December 2012.